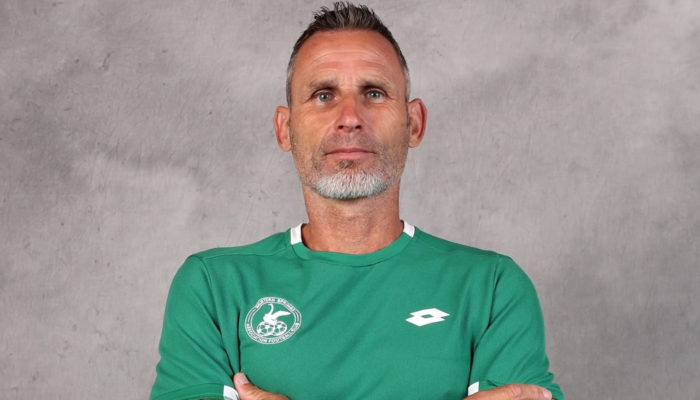 Head of Men’s Football and Premier Men's Head Coach Chris Zoricich has decided to depart Western Springs AFC after 5 years with the club, at the conclusion of the 2022 season.

Club chairman Warwick Hooper thanked Chris for his outstanding contribution and professionalism to Western Springs AFC where he helped many Springs youth players obtain overseas Football scholarships and successfully led the Men’s Premier team, finishing in the top half of the table in all 5 seasons. An exceptional performance given the number of young Western Springs youth he developed and brought into the first team environment.

"Chris’s professional, standards and training focus has been the driving force behind our success with both our first team performance and our youth players for the past 5 years, bringing a number of youth players through the ranks into the first team environment and for many onto US football scholarships," Warwick said.

"At the end of the Northern League competition both Chris and the club reviewed our goals, and it became apparent that both parties were looking to freshen up and establish a new direction, especially after 3 difficult seasons with significant disruption, through covid and the turf resurfacing project. Unfortunately, those directions and goals did not quite align, and it became clear the time was right for both parties to part ways to pursue their goals”.

"I want to thank Chris for his outstanding service and professionalism over the past 5 years and have no doubt there will be demand for his expertise and experience" he said.

"I've had 5 years with the club, and it's been a rewarding and challenging journey at the same time. Having to manage 2 of those years with Covid and recently a turf replacement it certainly has presented unprecedented challenges.  I would like to thank Western Springs for enabling me to be part of their set up leading the club’s premier team and academy” Chris said.

"A lot of unseen hours and hard work has gone into building on the club’s academy environment, and I believe we have been successful in nurturing and developing a large group of young Springs players who have started to break into the U23/first team environments. Success may not have come in the way of trophies, but it has come in the way of providing an environment conducive to giving young players a chance averaging seven u20 players every matchday squad in the 2022 season.”

I’d like to thank my coaching staff especially Maurie Wasi and Justin Lopes who have supported me throughout my tenure at the club.

Chris will remain at Springs till the end of the year, continuing his work with the Springs Academy, Under 19’s and U23’s.