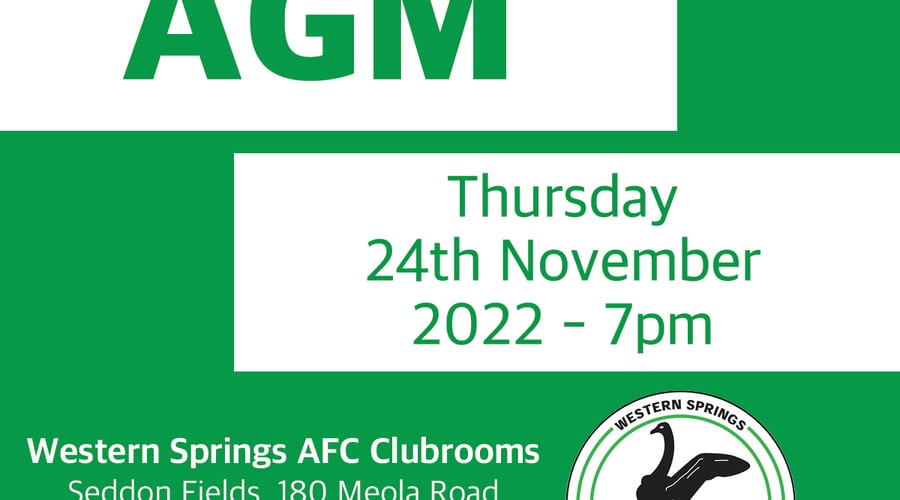 The 2022 Annual General Meeting of the Western Springs Association Football Club will be held in the clubrooms at Seddon Fields, Meola Road, Point Chevalier on Thursday 24th of November commencing at 7:00pm.

The meeting will discuss:

For anyone that is seeking to be appointed to an Executive position, must complete and return a nomination form no later than 7 days prior to the AGM. Nomination forms can be obtained from the Club manager, Paul Rutland.

The MOTAT carpark has reopened with 155 carparks but access is now gained via Motions Road (and not via Meola Road). If attending the AGM, it would be recommended to park in the MOTAT carpark as this is open until 11pm Monday-Thursdays and then you can access the clubrooms through the door at the back or by coming down the stairs to the club carpark.

We look forward to seeing you at the AGM to find out and assist your club.