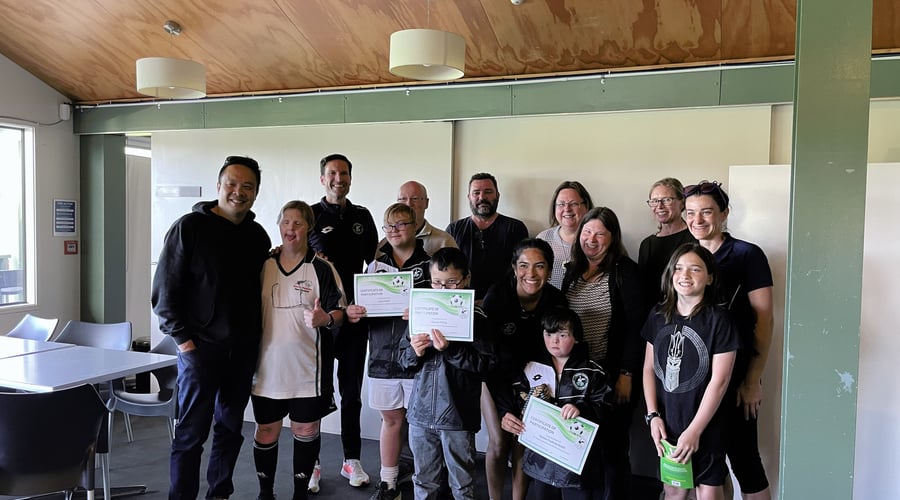 The WSAFC Down Syndrome Team held their prize giving at Seddon Fields recently, celebrating their keen team members and the coaches who have donated their time to the team. The team trains during the school term at Point Chevalier Primary.

Dan Clarke, a 58 year old Down Syndrome Athlete who played for NZ at the 1999 Special Olympics in North Carolina, and is still currently playing in the Football Fix open grade, started the prize giving with some stories and a video from the Special Olympics. National Women's League co-captain Sofia Garcia presented the team members with their certificates, team shirt with their names on the back and a WSAFC jacket. Through the Player Welfare Fund, the club has also donated 2 small foldaway goals and equipment for the team to use at training.

WSAFC would especially like to acknowledge the coaches, particularly Lynn Kilpatrick, Joe Berman, Fred Wong, Jacob Gardiner and Conall McLean for all the time and energy they have put into the team over the last few years.